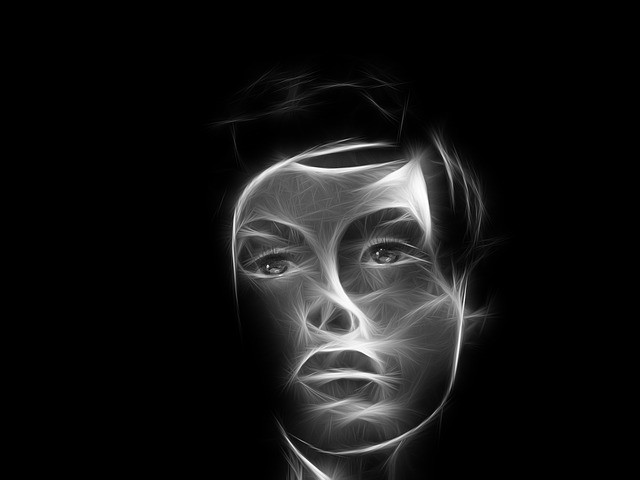 The subject of mind control is extremely broad and to most would seem to be something out of a movie, or some science fiction book. This could not be further from the truth, as mind control, or as some may be more familiar with brain washing is in fact very real and very scary.

With the 24/7 media world we live in, if you pay attention you can start to piece together some of how mind control works, especially when it comes to the entertainment industry.

But more sake of this article I will start at the beginning and bring our readers up to speed. One of the earliest writings giving reference to the techniques used in modern mind control programming is the Egyptian Book of the Dead.

It contains  a compilation of rituals that explicitly describe trauma based methods such as torture, the use of drugs or potions,  and the casting of spells (hypnotism), all of which would result in total enslavement of the individual in question.

These methods have also been the main techniques for a certain sect of occultism known as Satanism.  Now it becomes clearer as to how MK-Ultra and government mind control is tied to Satanic rituals, and Luciferian agendas.

The idea of a mind controlled slave has been the goal of the elite for a very long time.  In it’s present form mind control is based on the work done by the Nazis prior to World War 2.  During the war it was much easier for them to carry out experiments, due to the amount of prisoners at the concentration camps that they could use for testing. Everyone has heard of the horrible experiments and torture that the prisoners were subjected to, but there has been no mention to my knowledge of the psychological experiments performed, at least not by the mass media.

These techniques were brought to the US by top Nazi scientists after the war via “Project Paperclip”.  The most famous “handler” is regarded as none other than Dr. Green, or Dr. Mengele. His research on individuals at the concentration camps is widely known, however his research on mind control and genetics, especially that of twins is not highly publicized.  Below is an excerpt from Mind Control – The Ultimate Terror by Ken Adachi.

Dr. Joseph Mengele of Auschwitz notoriety was the principle developer of the trauma-based Monarch Project and the CIA’s MK Ultra mind control programs. Mengele and approximately 5, 000 other high ranking Nazis were secretly moved into the United States and South America in the aftermath of World War II in an Operation designated Paperclip.

The Nazis continued their work in developing mind control and rocketry technologies in secret underground military bases. The only thing we were told about was the rocketry work with former Nazi star celebrities like Warner Von Braun. The killers, torturers, and mutilators of innocent human beings were kept discretely out of sight, but busy in U.S. underground military facilities which gradually became home to thousands upon thousands of  kidnapped American children snatched off the streets (about one million per year) and placed into iron bar cages stacked from floor to ceiling as part of the ‘training’.

These children would be used to further refine and perfect Mengele’s mind control technologies. Certain selected children (at least the ones who survived the ‘training’) would become future mind controlled slaves who could be used for thousands of different jobs ranging anywhere from sexual slavery to assassinations.

A substantial portion of these children, who were considered expendable, were intentionally slaughtered in front of (and by) the other children in order to traumatize the selected trainee into total compliance and submission.

It seems that the CIA’s mind control program, or MK-Ultra has Nazi roots.

Project MK-ULTRA was started in the early 1950s and continued through the 60’s until it was officially ended in 1973.  It involved the testing of unwilling  American and Canadian citizens.  The goal was to alter the brain activity of the subjects through various methods including the administration of drugs, LSD being the most popular, and other chemicals, sensory deprivation, isolation, and verbal and physical abuse. Most often the experiments of MK-Ultra that are publicized are the ones involving LSD.

Generally this was done under the guise of some other form of testing, I.E the subjects did not know they were getting LSD, and their reactions were studied.  These tests were performed on not only the general public but also on CIA employees, military personnel, doctors, other government agents, prostitutes, and mentally ill patients.

The ultimate goal of Mk-Ultra is still much debated, however some believe that it was to develop a “Manchurian Candidate” or super soldier.  According to Alfred McCoy, these ridiculous claims are what the CIA wanted the public to focus on so that the real goal of developing more effective methods of torture and interrogation would be overlooked.

Evidence to support this is the fact that the CIA’s KUBARK interrogation manual refers to “studies at McGill University”, and that most of the techniques recommended in KUBARK are exactly those that researcher Donald Ewen Cameron used on his test subjects (sensory deprivation, drugs, isolation, etc… 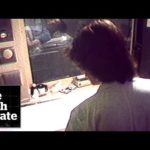 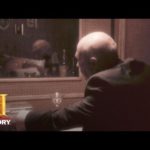 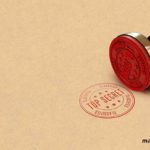 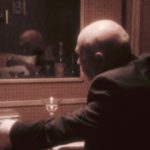 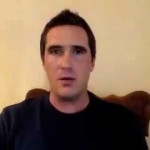 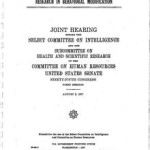 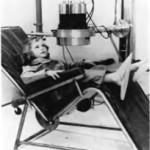 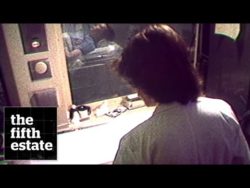 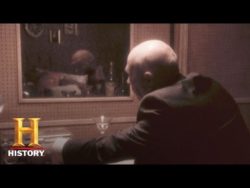 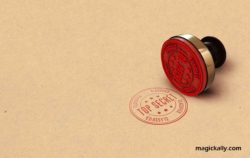 What is Project MKUltra?

MK-Ultra: The History Behind the Bizarre Govern ... 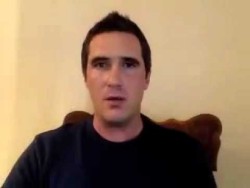 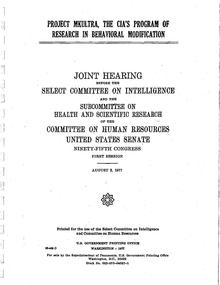